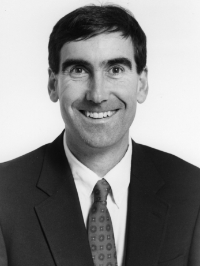 Fred was an All-City volleyball and basketball standout at Palisades HS, winning the LA City Volleyball title and making the basketball playoffs as a 6-4 outside hitter and hoops forward. He went to UCLA and was a multi-time NCAA Champion (1972, 75, 76) highlighted by starting, being named All-Tournament and having key kills for the 1975 title team that upset unbeaten UCSB. He was a five-time USVBA All-American and 1977 national champion as well as a top beach player where he won seven tournaments, including 5 in 1978.

He became the Stanford women’s head coach when it prepared to start NCAA play at the end of the 1970s and went to multiple NCAA Women’s Volley Fours and finals in the 1980s, before becoming the first Cardinal NCAA men’s volleyball coach. He led the men to their first NCAA finals in 1989 and then left with more than 300 college victories to become the USA men’s head coach for 1992 Barcelona Olympic Team which won the bronze medal. He then coached the 1996 Atlanta Olympic team to complete a 10-year USA National Team stretch. After retiring as USA coach, he moved overseas where he coached primarily the Danish Men’s National Team through 2013 before leaving the coaching profession. He won the USAV ‘All-Time Great Coaches Award’ in 2008.