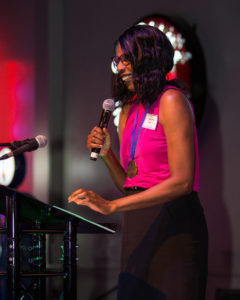 The Southern California Indoor Volleyball Hall of Fame (SCIVBHOF) was founded in the summer of 2016 to publicize, promote, market and recognize the great accomplishments in the sport of indoor volleyball by players, coaches and administrators/officials who have ties to the area from San Diego to Santa Barbara.

The inductees are recognized for a wide spectrum of experiences ranging from their initial involvement in club and high school tournaments to their outstanding achievements in collegiate season play, USA national team competition, and the Olympic Games.

Formally housed at the American Sports Centers (ASC) in Anaheim, California, and moved in January, 2021 to the Forza1 Performance Center in Temecula-Winchester, the 501c3 SCIVBHOF charity (81-3695316) will provide funds to under-supported teams, competitions, and causes to further develop the indoor volleyball game throughout Southern California. This may be accomplished through education, training and providing sports opportunities such as HOF internships through the SCIVBHOF.

SCIVBHOF donors and sponsors will be listed in a Tribute Program provided to all in attendance at the
annual induction. In addition, these contributors are recognized on a special HOF wall. orgiinally built
at American Sports Centers (ASC), the training home for the USA Men’s and Women’s National Teams
through the Tokyo Olympics. Now the donor wall is housed at the Forza1 Performance Center 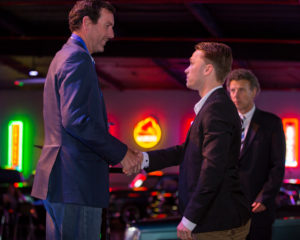 1. The Southern California Indoor Volleyball Hall of Fame (SCIVBHOF) at the Forza1 Performance Center in Temecula/Winchester, CA. The old ASC facility is home to some of the top club teams in Southern California. The SCIVBHOF walls there feature inductees from 2017 into the 2020s, plus the Lifetime Service Award winners. The facility is the home to the USA Men’s & Women’s National Indoor VB Teams through Tokyo 2021. Both teams won bronze medals at the 2016 Rio Olympic Games. The SCIVBHOF will feature the best indoor players, coaches and contributors from the Southern California area.

4. Priority is given to players that have been selected for volleyball’s top individual honors—Olympic Games, USA National/Junior National Teams, 1st Team All-American, Player of the Year, High School/Club/College Champion, NCAA All-Tournament Team, and chosen for other major national/international honors/Hall of Fames (including coaches), etc. while competing or coaching with a Southern California connection. Other significant sport honors will be considered that are well recognized throughout the Southern California area and the outside volleyball communities related to indoor accomplishments.

5. Player candidates should be a minimum of five years retired indoors (in case candidate is still playing on the beach or coaching for example). For a coach candidate, he/she should have completed a minimum of 10 years in the indoor profession for final consideration and achieved the highest team and individual honors while in charge of a program.

6. The player/coach/other candidate should have devoted a major part of his or her life/career to indoor volleyball. His or her character should be considered at the highest level within the sport. Priority will be given to accomplishments connected directly with indoor volleyball and representing the Southern California area.

Make a Donation | Become a Sponsor

To donate to the SCIVBHOF contact Mike Gallups via email at SCIVBHOF@gmail.com or mail
correspondence to: SCIVBHOF 2355 Westwood Blvd, Su. 127, Los Angeles, CA 90064