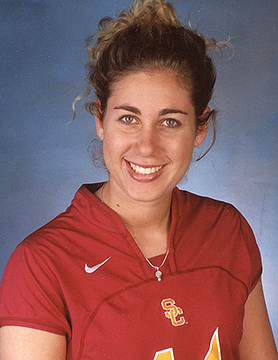 April went to Newport Harbor HS where was the two-time CIF HS Player of the Year and the Gatorade National HS Player of the Year as the country’s top prep recruit. She also played for USA Junior National Team and the USA A2 team, then went to USC for college where she was the 2000 National Freshman of the Year when she led the Trojans to the Volley Four. She then became a three-time All-American for Mick Haley and kill leader each season in propelling USC to the 2002 and 2003 NCAA titles, including the unbeaten 2003 season.

The 6-1 Ross then moved to the beach and became a two-time USA Beach Olympian, winning Silver and Bronze medals in 2012 and 2016 respectively with partners Jennifer Kessy and Kerri Walsh Jennings. She has won 38 times on the professional tour, including being the first to ever win three international events before a domestic victory. She is a leading candidate to make the 2020 USA Olympic Beach Team for Tokyo while currently playing throughout the world with partner Alix Klineman.