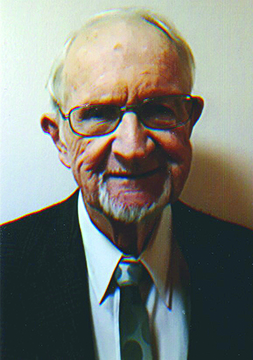 Bill attended Long Beach Poly High School and Long Beach City College, but did not start playing ​indoor volleyball until age 23. He developed quickly into a dominating outside hitter in the 1950s, and into the 1960s. He was a USVBA First-Team All-American 7 straight years, 6-time Open national champion and a 2-time So. Calif. Indoor Player of the Year while playing primarily for the Hollywood YMCA Stars.

He was the first in the modern era to ever be selected seven straight years as a first team spiker. He would have likely been a starter if there was a 1956 or 1960 Olympic Games for volleyball. He represented the USA for many international matches over that time and was selected as USA ‘All-Time Great Player’ in 1967 along with 2017 SCIVBHOF selection Mike O’Hara. He was a starting hitter on both the 1959 Pan-American Games team that won the gold medal and in the 1960 World Championships in Brazil. He was a member of USA national team through the 1964 Olympics, but did not travel. He played in the Golden Masters in 1984 and 87. He was selected for USVBA ‘All-Time Great’ Team from 1949-1977. He is retired in Hemet.