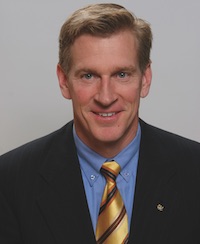 Bob Ctvrtlik attended Long Beach Wilson High School, then Long Beach City College where he won the California State JC title and earned State MVP honors. He then transferred to Long Beach State where he was an All-League selection. He finished his college career playing for Pepperdine and Marv Dunphy where the Waves won the 1985 NCAA championship. He was selected as the Tournament MVP and then moved to the USA National Team after being a two-time USVBA All-American. He was a key part of the 1985 World Cup, 1986 World Championship and 1987 Pan-American Games title teams. Ctvrtlik’s precise passing and defense were instrumental in the USA winning the 1988 Seoul Olympics Gold Medal and the 1992 Barcelona Olympics Bronze Medal. He was Olympic team captain in 1992.

Coming out of retirement, Ctvrtlik returned in 1995 and was named as ‘Best in the World’ as the USA qualified for the 1996 Atlanta Olympics. The USA was unable to medal in his third Olympics. Ctvrtlik was elected in 1996 to the International Olympic Committee (IOC) Athlete’s Commission and appointed to the IOC in 1999. He was then re-elected for an eight-year term at the 2000 Sydney Summer Olympics. He was a founding board member of the World Anti-Doping Agency (WADA) and served on the IOC Reform Committee. He was selected as a member of the International VB HOF in 2007 and voted as a member of the USAV 75th Anniversary Team (1978-2003).