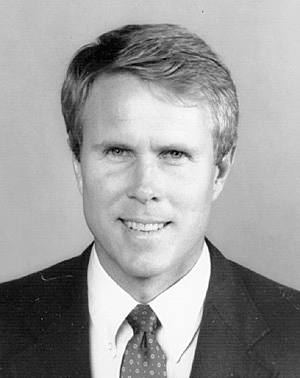 Bob was a standout basketball player at San Clemente HS, who first came to USC as a hoops walk-on before MVB head coach Ernie Hix recruited him into having an All-American volleyball career. He helped lead USC to its first NCAA title in 1977 as a starting outside hitter and a runner-up finish in 1979. He also won a NCAA postgraduate scholarship. He turned to coaching after a short stint with the USA national team before the 1980 Olympic boycott.

First taking the Ohio State coaching job, Yoder led the Buckeyes to the Volley Four. He then took over for Hix at USC and led the Trojans to numerous NCAA Volleyball Fours and championship matches. In 1988 he became the second person in NCAA history to win NCAA titles as both a player and head coach when the Trojans beat UCSB (Pepperdine’s Rod Wilde was the first beating Yoder in the NCAA finals in 1986). He was the only head coach other than Al Scates to ever take a college men’s team to four straight NCAA finals. His son won a NCAA title at UC Irvine and his daughter played in the Volley Four for USC after Bob helped coach her club team to a national title. He was inducted into the USC Athletic Hall of Fame in 2014.