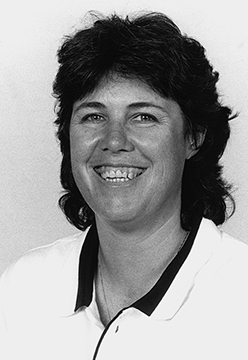 Denise was one of the greatest all-around high school athletes of all-time at Marlborough and was named as the first California State HS Female Athlete of the Year. She went to UCLA where she was a three-time volleyball All-American as a setter-hitter, playing in four Volley Fours.

She won the 1978 AIAW title in basketball (playing center) and 1977 in badminton and was selected as the University Athlete of the Year (she was inducted in the UCLA Athletic HOF in 1999). After college, she played for USA National VB Team in 1982 and 83 around starting her college coaching career at UCLA. She was head coach at San Jose State and Stanford, but is best known as Stanford Associate Head Coach and lead recruiter for a record 8 NCAA Titles in the 1990s, 2000s and 2010s where the Cardinal have won over 85% of their matches in her over 30 years of coaching. She has assisted the USA program with various international teams as a team leader and assistant coach.