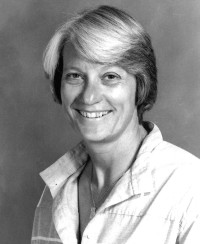 Dixie became the Long Beach State Women’s VB head coach in 1971 after being at the university since 1964. She is credited with making ‘The Beach’ an AIAW national powerhouse. She coached the 49ers to consecutive AIAW Titles in 1972 and 1973 in her first two seasons. She was AIAW National Coach of the Year for 1972-1973 when the Beach in 1972 became the first undefeated team (32-0) in men’s or women’s collegiate volleyball history.

She won 250 matches in a career which lasted until 1984 and was inducted into the Long Beach State Athletics HOF in the same year. She coached the USA World University Games team in 1975. Grimmett was inducted into the charter class of the AVCA Hall of Fame in 2003. She was part of CSULB for 45 years as coach, then a professor in the kinesiology department and finally as an administrator before retiring in 2010. She is currently retired in Utah.