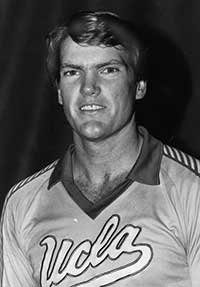 Doug Partie was an All-CIF player at Dos Pueblos HS in the Santa Barbara area, and went onto a special college career at UCLA. He was a four-year starter at middle blocker with NCAA titles in each season (1981-84). He finished as one of the two players in NCAA history to ever start all four years on championship teams (Ricci Luyties). He was a three-time college All-American and three-time NCAA All-Tournament selection before moving into the USA program in 1985 after graduation. The 6-6 Partie won gold medals with the USA National Team at the 1985 World Cup, 1986 World Championships and 1987 Pan-American Games where he was co-USA MVP. He played an important role in the 1988 Seoul Olympics when the USA won the Gold Medal.

Partie continued with the USA program through the 1992 Barcelona Olympic Games where he was instrumental in the team taking the bronze medal as a starting middle blocker. He played in over 300 international matches during his USA career and started in almost every major competition over 7 years. Utilizing his economics degree, Partie has been with The Pinnacle Group in San Diego for almost 20 years and is the Vice-President. The UCLA Athletic Hall of Famer’s son Kendall played VB at UCLA. Doug was recently voted as a member of the Pac-12 All-Century Team.