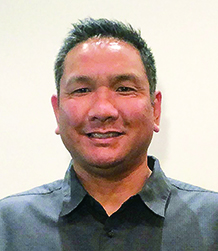 Eric was a high school champion at Santa Monica before moving into the USA program. He is perhaps the best backcourt specialist in USA history in his 9-year international career that came before the current Libero. He won an Olympic Gold Medal in 1988 (served match point), and the Olympic Bronze Medal in 1992.  He was part of the 1986 World Championship team, plus the gold medal squad at the 1987 Pan-American Games, and was a two-time US Open champion. He played on the 1991 World Cup and 1994 World Championship teams that finished third.

He was named to the USA ‘All-Era’ team from 1978-2002 as the only backrow specialist. He was a successful high school coach at Francis Parker where he won four CIF and two Calif. State titles with the girls and a CIF title with the boys. He was also a JC coach at Grossmont College in the San Diego area. He is currently the girl’s coach at El Capitan HS in Lakeside that went to the 2018 State Tournament. He was selected for the USA ‘All-Time Great Player’ award in 2016.