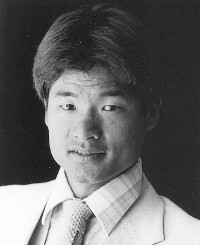 The current USC Men’s Volleyball Assistant Coach was a three-time USA Olympic Men’s Assistant (1988, 1992, 2012) after starting his playing career at Santa Monica HS and Santa Monica College. He then moved on to UC Santa Barbara, where he was an All-American outside hitter at 5-6. He was an assistant coach on Pepperdine’s 1978 and 2005 NCAA men’s title teams for SCIVBHOF honoree Marv Dunphy.  He was the head coach of Pepperdine’s women’s team for 4 years (1979-82), making the tournament.

He spent 2013 as the head coach of the Japan men’s national team before moving to USC. He has been with the USA program, including head coach for the 1985 USA World Cup title team when Dunphy was on leave. He has been inducted into the Santa Monica HS, Pepperdine Athletics, California Community College Sports and Santa Monica College Sports Halls of Fame. He is a Doctor of Chiropractic Medicine and has his own practice, Sato Chiropractic. He is the founder of the Gary Sato Volleyball Clinics/Grow the Game and president of the Association of Beach Volleyball Coaches.  His mother Elise, and siblings Liane & Eric are in the SCIVBHOF.