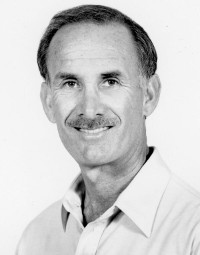 After an outstanding playing career where he was known for his defense, Cohen became one of the all-time great coaches of the 1960s and 70s. He was unique at the time in coaching both the USA Men’s and Women’s National Teams. Cohen coached the men in 1966. He coached the women to a gold medal at the 1967 Pan-American Games and a silver medal at the 1967 World Championships in Tokyo. He was women’s head coach for the 1968 USA Olympic Team for Mexico City.

Cohen coached at Santa Monica College along with SCIVBHOF member Burt DeGroot from 1961 to 1972. Their teams won seven USVBA college championships. He helped start the Pepperdine men’s program and brought in SCIVBHOF member Marv Dunphy with him in the early 1970s. He was the Pepperdine head coach in 1975 when the Waves won the USVBA championship and in 1976 when they lost in the NCAA finals. He was also an assistant for SCIVBHOF member Al Scates for 2 NCAA title teams in the 1980s. Cohen received the USA Volleyball George J. Fisher award in 1999. In 2000, he was awarded the USA VB ‘All-Time Great’ coaching award. He is a member of the So. Calif. Jewish Sports Hall of Fame. He passed away on March 19, 2020.