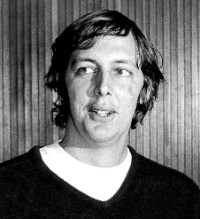 Jack was raised in Mission Hills and went to San Diego HS as a basketball player before turning to indoor volleyball in the early 1960s. In 1968 he was the starting setter for the USA Olympic team in Mexico City, which finished 7th, after being an Olympic alternate in 1964. He started the San Diego State men’s VB program in 1966 as a graduate player and won USVBA ‘Small Schools Title’ then. He led the Aztecs to the school’s only NCAA title in 1973 beating Long Beach in finals before biggest crowd in college history after being runner-up in 1972.

In 1974 he had the courage to put SCIVBHOF member Laurel Brassey Iversen on the men’s team despite objections by the Athletic Director and was let go as coach after the season. He came back to SDSU in 1985 to help work with the men until the program was eliminated and also helped coach the women in the 1990s. He was given the USAV Tom Haine ‘All-Time Great Player’ award in 2011. He is in the San Diego Sports Association Hall of Fame. He passed away on March 20, 2020.