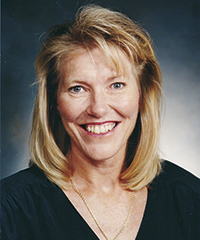 Laurel Brassey Iversen played volleyball at Crawford High School in San Diego. She was the first female, at age 19, to ever play on a men’s college team when she started at setter in 1974 for defending NCAA champion San Diego State. After starting her international career in the 1970s that saw her play over 350 matches before retiring, she came back to finish her academic degree at San Diego State. Because of the changing eligibility rules she was able to play for Rudy Suwara in the first season of NCAA women’s volleyball in 1981 in helping the Aztecs to the Volley Four as a NCAA All-American. She was inducted into the school’s hall of fame in 1988.

After college while continuing her international career, Brassey Iversen became the most successful women’s head coach in the University of New Mexico history. She compiled a 280-193 record in 17 years with six NCAA appearances. She was USVBA Player of the Year twice, two-time team champion and an eight-time All-American while competing on the 1988 USA Olympic Team in Seoul and three Pan-American Games teams.  She was part of the 1980 USA Olympic team that would have competed in the boycotted Moscow Olympics.  She also played professionally in the IVA in the 1970s before returning to San Diego State.   She was a member of the USVBA 75th Anniversary Team (1948-77) and won the USVBA ‘All-Time Great Player’ award in 1991.  She currently lives in Hawaii.