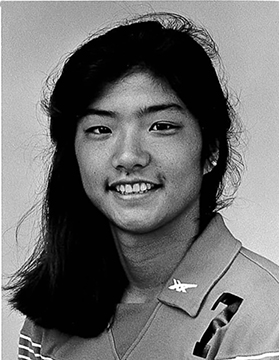 Liane set Santa Monica HS to the CIF and State title in 1981 playing for 2019 HOF inductee Patti Bright. She was a standout college player at both UC Santa Barbara and an All-American for 2019 HOF inductee Rudy Suwara at San Diego State where she graduated. She led the Aztecs to two straight NCAA berths and was selected in 2012 for the SDSU Athletic HOF.

She played six years on the USA National Team including the 1988 Seoul Olympics and won a bronze medal as part of the 1992 USA Barcelona Olympic Team as a setter and defensive specialist (her brother Eric was part of the 1988 & 92 USA men’s teams). The 5-4 Sato won a bronze medal with the USA at the 1990 World Championships. After also playing on the beach, primarily as the setter on the four-person tour, she retired and became the volleyball coach at Santa Monica HS. There she has won CIF titles in both boys and girls. She and her family are part of the 2010 class of the Santa Monica College HOF.