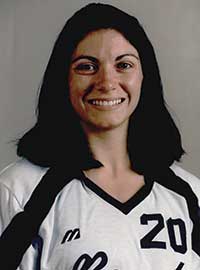 May-Treanor won the Honda Award as the top college volleyball player and went on to be only the second volleyball player to ever win the Honda-Broderick Cup as the top overall female college athlete. After college, May-Treanor went to the USA Indoor National Team program before turning to an amazing beach career. She won Olympic beach gold medals in 2004, 08, & 12 with Kerri Walsh and was second all-time in beach victories. She is currently the Long Beach CC Women’s Head Coach. She was selected as a member of the International VB HOF in 2016.