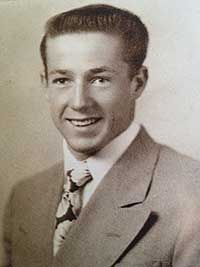 Rolf Engen began his volleyball career in the 1940s at the Santa Ana YMCA and then became the best setter in the Army while stationed at the Fort Lewis base near Tacoma, Washington. After the Army, Engen attended UCLA in the 1950s and was a college All-American in leading the Bruins to two USVBA titles. Engen began playing on the Hollywood YMCA team in 1955 with his Bruin fraternity brothers. He then played on eight USVBA Open Championship Teams, and was named All-American 10 times. He was the 1960 US Open MVP.

Engen joined the USA National Team in 1955 for the Pan-American Games, and was part of the squads that won the Gold Medals at the 1959 Pan-Am games and the 1960 World Games. His team also won the 1964 National Open Gold event. After a brilliant playing career, Engen turned to coaching. He started the Laguna Beach Volleyball Club and coached the junior boys’ teams to three gold medals and two silvers at the USA Junior Olympics over the period from 1975-79. Engen also coached the Laguna Beach High School boys’ team to two state championships that included coaching Dusty Dvorak. In 1981, Rolf was named as the Commissioner of Volleyball for the 1984 Los Angeles Olympic Games where the USA won its first Gold Medal. He was awarded the USVBA’s ‘All-Time Great Player’ award in 1966 and inducted into the International VB HOF in 1991.