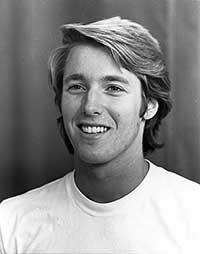 Sinjin Smith received his initial indoor training at Loyola HS in Los Angeles and then went to UCLA to play for Al Scates. He was an outstanding setter-hitter in the Bruins’ 6-2 offense and won NCAA Titles in 1976 & 79, as well as being runner-up in 1978. The two-time college All-American was team captain and tournament MVP of the 1979 UCLA team that was the first unbeaten squad in NCAA history. After graduation he joined the USA National Team in 1979 and competed internationally until 1982. He continued playing indoors and was a USVBA All-American in both 1983 & 84. He has twice assisted Al Scates at UCLA, including his final year in 2012. His oldest son Hagen played in the 2016 NCAA Tournament for UCLA as also a 6-2 setter (first time the 6-2 system in the NCAA Tournament since 1986).

Sinjin has done so much for volleyball away from the court and beach as a member of the USA Volleyball Board and the former President of the FIVB Beach Commission. He had one of the top beach playing careers of all-time, including being a 1996 Olympian with Carl Henkel and coached by Gene Selznick and the first to ever win 100 tournaments. He now does various volleyball camps and clinics around the world and has assisted in many youth program supporting the sport. He was inducted into the UCLA Athletic Hall of Fame in 1991 and in 2003 was selected for the International VB HOF. In 2010 he was inducted into the California Sports Hall of Fame. He is currently part of the Athlete Commission for the LA2024 Olympic group trying to bring the Games back to Los Angeles.