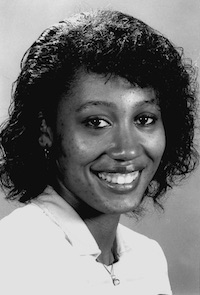 Tara Cross-Battle won California State High School titles at both Southern California Christian and Cerritos’ Gahr HS as a dominating power hitter. She then became the top national college recruit of the middle 1980s and Coach Brian Gimmillaro was fortunate to sign her for Long Beach State. She led the 49ers to their first NCAA title in 1989 and was named Tournament MVP.  She was a 4-time AVCA college All-American, two-time College Player of the Year and graduated as the all-time NCAA kill leader (2767).Tara won the Honda-Broderick Award as the top college VB player as a senior and later made the NCAA All-Decade team. Cross-Battle became the first USA volleyball player in history to compete in 4 Olympic Games—1992, 96, 2000, 04.